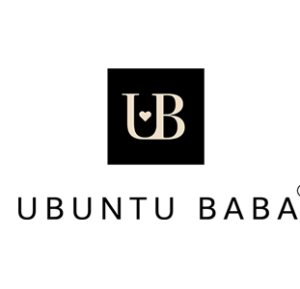 Meet Shannon McLaughlin, founder of Ubuntu Baba, the company that has recently been in the news for its successful ‘David-vs-Goliath’ battle with Woolworths. Her quest to design the perfect baby carrier for her son has translated into a business that ships to every corner of South Africa and around the world.

Shannon Mclaughlin had a beautiful vision of what her life, as a new mom, would look like. However, after her son was born in 2014 she came face to face with reality – those first 12 weeks were far from her dream of baby bliss. If her little boy was not in her arms constantly, there were tears – and an equal amount of those tears were her own.

“We’d tried all sorts of colic cures and ways to calm him, but still he struggled to settle. Getting him to sleep was incredibly trying and he seldom slept for more than 45 minutes. I was desperate. So was he. Thankfully a friend came over one day and gifted me a stretchy wrap and that’s how I discovered the magic of babywearing.”

In no time her child went from snatches of sleep to 3-hour snoozes and it took at most 10 minutes to “get him down”.  Shannon could now take relaxing afternoon strolls on the beach, meet up with friends, enjoy early dinners out and, most importantly, she could get on with her work while her baby slept, calm and content, on her chest. Both were so much happier.

As her son grew, Shannon began the task of finding the perfect baby carrier – something just as soft and comfy as her wrap, but strong enough to support him. After purchasing six different baby carriers and struggling in one way or another with all of them, she set out to design and make her own with help from her dad (who’d been in the backpack-manufacturing business) and her mom (who’d been a fashion designer).

“My goal was to create an easy-to-use, breathable and comfortable carrier with a supportive waistband that was gentle on C-section healing. I wanted it to be adjustable so it didn’t have to be replaced too often as my baby grew,” she says.

Using the finished article made Shannon aware of the addedbenefitsfor both babies and moms. The interest she received from other mothers made it clear that what had started out as an answer to a personal need could become a fully-fledged business.

Shannon grew up in South Africa where she witnessed African Mothers wrapping their babies on their backs from a very young age and so she wanted an African name for her business. In tribute to these original babywearing Moms, Shannon chose “Ubuntu Baba” as the name of her new company. “The explanation of ‘Ubuntu’ – ‘I am because you are’ – evokes so well the mother-child bond, as well as the transition into motherhood and the support and comfort we receive from other moms,” she says.

Four years ago Shannon started out with just one machinist; today Ubuntu Baba employs six machinists and six in the management team. The carriers are shipped worldwide, from the most rural areas in South Africa to major cities inAustralia, Dubai, the United Kingdom, Switzerland, Amsterdam, France, and the United States.

Join Ubuntu Baba for their inspiring 4th trimesterchats. Every second Friday she invites moms to join them for a relevant talk on motherhood, a muffin, coffee and a massage.

“It’s such a lovely space for new Moms to connect and just feel supported on their journey. It’s something I really missed out on as a new mom so it feels great that I am able to now offer that to other moms.” – McLaughlin

A leading babywearing brand that knowsbecoming a mother is the start of a beautiful yet challenging journey. Ubuntu Baba is there to help you step out into the world again with confidence, freedom and style.